The patented design of the V600H’s AdaptaBase™ arbor allows for maximum flexibility for mounting tooling so the V600H can be configured for drastically different functions. The bolt-on design of the arbor eliminates the need for welding tools on, allowing for quick and easy replacement of tools, minimizing downtime and increasing productivity. No other system offers such ease of use and versatility. 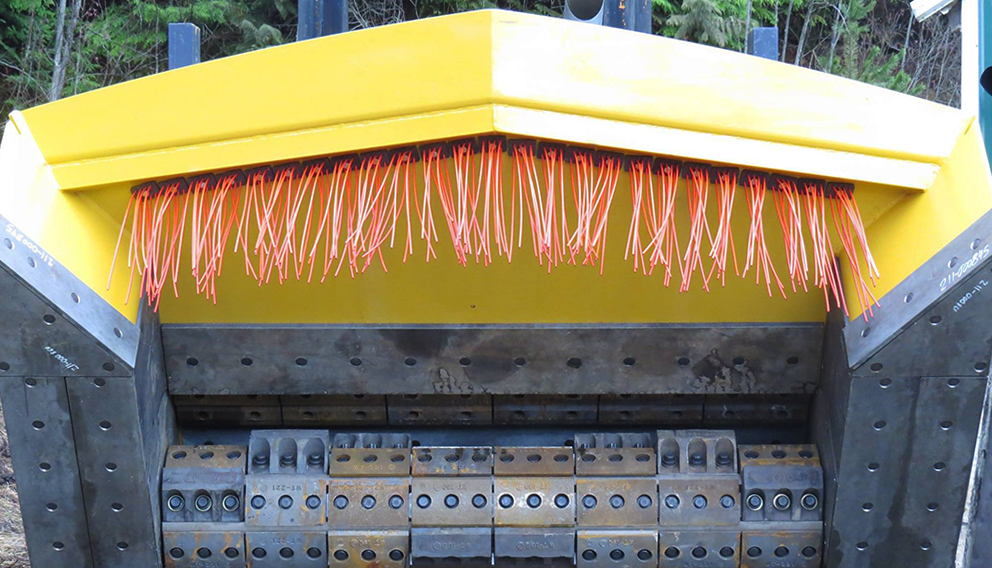 Crushing rock is all about toughness (fracture resistance) and hardiness (wear resistance). The technical explanation can get rather complex, but the simplest way to think about toughness in metals is the balance between strength and ductility. Typically, as strength increases ductility decreases (glass is a good example of this). Conversely, as strength decreases ductility increases (lead is a good example of this). If the adjustable crushing elements aren’t tough enough they will fail and if the hardness isn’t high enough they will wear too rapidly.

To crush the toughest of rocks (basalt & granite trap rock, dense limestone and quartzite) the balance between toughness and hardness must be carefully balanced.

Bolt-on.
Diametrically mounted up to the max of 64 hammers (16 is typical)